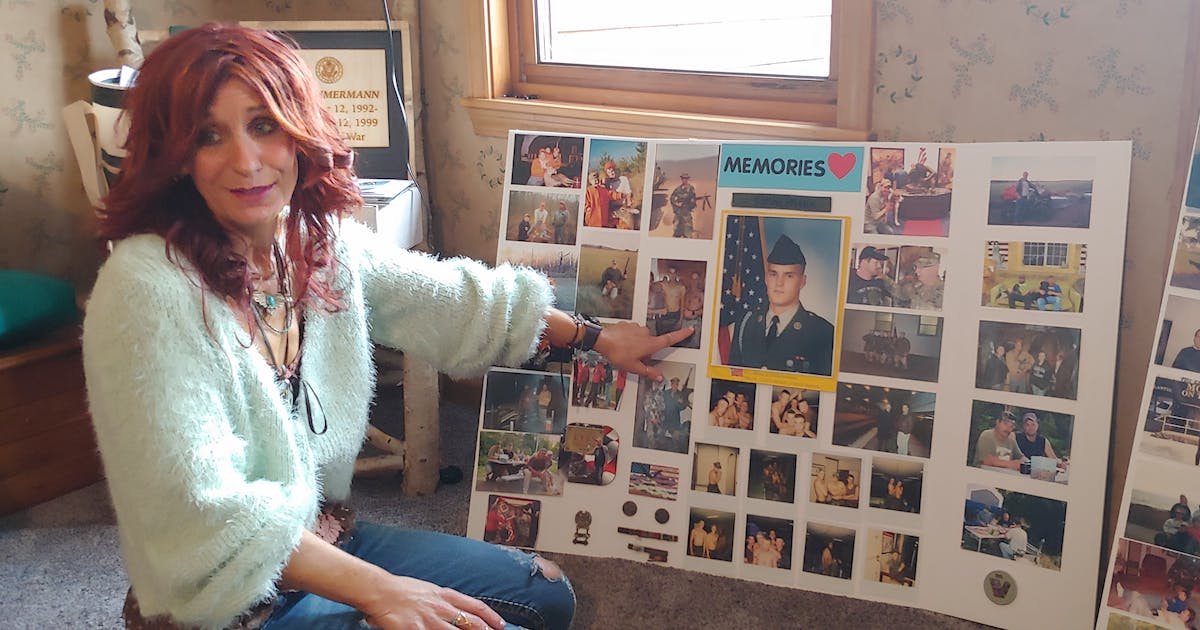 SANDSTONE, MINN. — The aspen and birch woods in this secluded corner of Aitkin County about 100 miles north of the Twin Cities are dotted with streams, ponds and beaver dams. Homes are few and there’s not a sign of urban life for miles. It’s a place where people go to get away from it all.

That’s what prompted the Norsemen Motorcycle Club to buy a 180-acre parcel of woodland as a venue to practice their trail-riding skills. What better place to ride their dirt bikes, they thought, than this out-of-the way spot where club members could gather and enjoy the kind of motorized recreation so beloved in rural Minnesota?

But not so beloved by their new neighbors. Since the Norsemen bought the property two years ago, local people have been pushing back hard.

“All hell kind of broke loose on it,” said Rex Greenwald of Cambridge, who was club president at the time. “They have thought of us since day one as Hells Angels or something. And we’re not. We’re old!”

That battle came to a head last month, when the Minnesota Court of Appeals heard a challenge to the permit granted to the club earlier this year by the Aitkin County Planning Commission.

Dozens of residents and landowners had offered testimony and comments against the club as the commission debated whether to grant the Norsemen a land-use permit for a trail-riding course that will host no racing events, only practice sessions and recreational rides for the 180 club members.

Among the most outspoken opponents was Brian Zimmermann, who’d lived all his life on the nearby family farmstead — except for the two years he spent as an Army combat infantryman during the first Gulf War.

Suffering from post-traumatic stress disorder (PTSD), Zimmermann treasured the quiet, familiar surroundings, where he built his own home and knew every feature of the landscape.

“This was his safe space,” said his wife, Erica.

After two public hearings, several environmental studies and hundreds of pages of testimony, the commission granted the Norsemen a use permit for their trail-riding course.

And on a sleepless night in August, Brian Zimmermann, 50 years old, grabbed a .45-caliber pistol from his nightstand and in one swift motion shot himself in the head as his wife looked on in horror.

Erica Zimmermann doesn’t blame the motorcycle club for her husband’s death. He’d been troubled for years, drinking heavily and suffering drastic mood swings. But the arrival of the club “was one more blow,” she said. “He didn’t know how to step back, how to let it go.”

Erica Zimmermann isn’t letting it go, either. Along with a neighboring couple, Sandee and Craig Schultz, she’s appealing the permit decision. The appeals court is expected to issue a ruling early next year.

In court filings, the Norsemen club offered condolences over Brian Zimmermann’s death. But club members say they’ve done everything the county has asked of them, jumped through every hoop and tried to answer every question.

In a part of the state where property rights are jealously guarded and “No Trespassing” signs are a common sight, they argue, shouldn’t the club be allowed to do as it wishes on its own property?

“How can you legally tell a group of people that they cannot use their land for what they bought it for?” Greenwald said. “That’s un-American, practically.

“It’s frustrating,” he said. “We’ve done nothing wrong. We’ve done everything we were asked to do. This piece of property is literally in the middle of nowhere. There’s like three or four neighbors within any kind of distance.”

Among those neighbors are the Schultzes, whose 120 acres adjoin the club property. The couple moved there in 2017 after searching more than five years for land that would offer them opportunities for bowhunting and room to train their dogs for hunting competitions. The quiet surroundings are irreplaceable, Sandee Schultz said.

“We all hunt, and how can you with all those motorcycles around?” she said. Craig Schultz said the county seemed determined to push the trail through despite widespread opposition.

“This was a foregone conclusion,” he said.

The fight has been expensive for both sides. The club and the Schultzes each commissioned a sound survey, with the commission choosing the club’s survey, which showed a lesser decibel impact from the motorcycles.

“There’s been a lot of lawyering,” Greenwald said, with both sides spending thousands of dollars in legal fees.

Ann Marcotte, vice-chair of the county board and chair of the Planning Commission, said she couldn’t comment on the case. In its legal filings, the county said objections to the club’s permit are without merit. Officials followed proper procedure and reviewed numerous reports and studies on noise, pollution and property values, the county said — even holding a second public hearing to gather additional information from the community. Previous court rulings have given wide latitude to local officials in making such land-use decisions, the county argued.

“The county did not abuse its discretion in this matter,” it concluded.

Haunted by a little girl’s face

Despite the troubles of his later years, Brian Zimmermann is remembered as a friend to all, the kind of person who’d meet a stranger and exchange phone numbers within 10 minutes. The small country church where his funeral was held overflowed, with mourners standing outside and Army buddies arriving from across the country.

In the last decade, when Zimmermann’s PTSD worsened, he threw himself into helping other suffering veterans, often making road trips to sit with a fellow vet and “talk him off the ledge,” Erica Zimmermann recalled.

Through those efforts, he met sculptor Anita Miller and posed for a sculpture, “Silent Battle,” that became part of “The Eyes of Freedom,” a traveling exhibit that memorializes the 23 fallen soldiers of an Ohio-based Marine Reserve unit. The exhibit also serves to raise awareness of suicide among military veterans, with the Department of Veterans Affairs estimating that 17 veterans take their lives every day.

Though he helped countless others, ultimately he couldn’t beat his own demons. Zimmermann, who drove a combat vehicle in the Gulf War, was on the “Highway of Death,” a scene of carnage where American and Allied forces killed hundreds of fleeing Iraqi soldiers.

Zimmermann also was visited by dreams of a little Iraqi girl he saw during the war. She had one leg, and Iraqi soldiers had killed her dog. Zimmermann never knew whether she survived.

“You can curl up in a ball,” she said, “or you can pick yourself up and move forward.”

The worst U.S. bottleneck for vehicles is in N.J., and it’s slowing delivery of your stuff