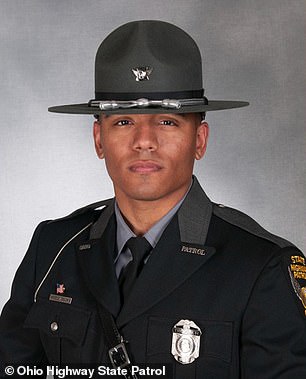 Horrific moment Ohio state trooper, 25, slams into back of truck at high speed on quiet highway

By Adam Manno For Dailymail.Com

Ohio State Trooper Jarid Fitzpatrick, 25, was hospitalized with serious injuries after slamming into the back of a truck

An Ohio state trooper is recovering at home after slamming his cruiser into the back of a semi-truck on a quiet highway earlier this month, although investigators have yet to discover why the smash happened.

Jarid Fitzpatrick, 25, was speeding westbound down Interstate 70 in Columbus on December 15 at around 3.13am.

Dash cam footage shows him barreling down a highway ramp and overtaking other vehicles before meeting the back of a truck without pause.

It is unclear why Fitzpatrick, who was not on a call at the time of the incident, did not slow down.

The Ohio State Highway Patrol is investigating the incident while the trooper recovers.

The agency says the truck’s rear impact guard, which came off during the accident, may have saved their trooper’s life, according to WSYX in Columbus. 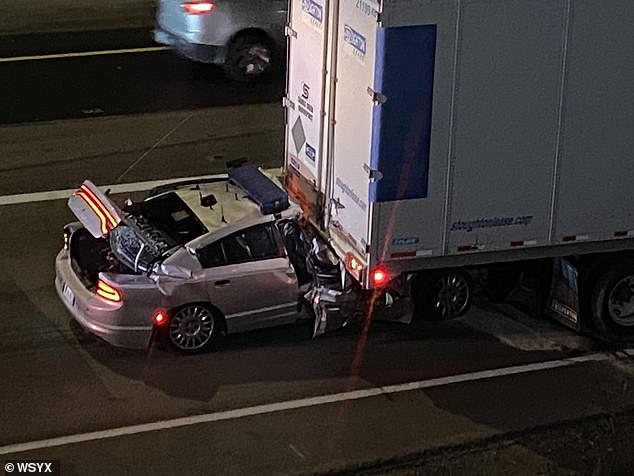 Fitzpatrick survived the December 15 crash, which trapped his cruiser underneath a semi that had to be lifted up to free the car 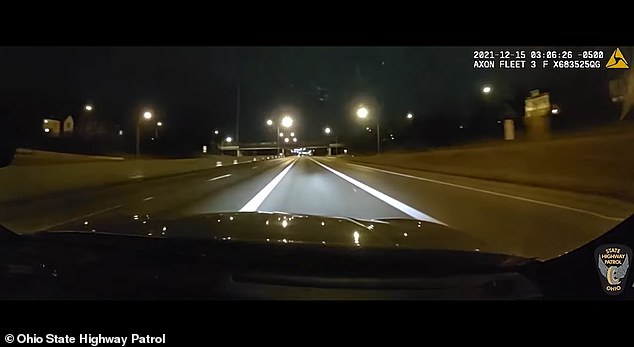 Dashcam footage from before the accident shows Fitzpatrick weaving in and out of lanes and barreling down a quiet highway near Columbus, Ohio at 3am 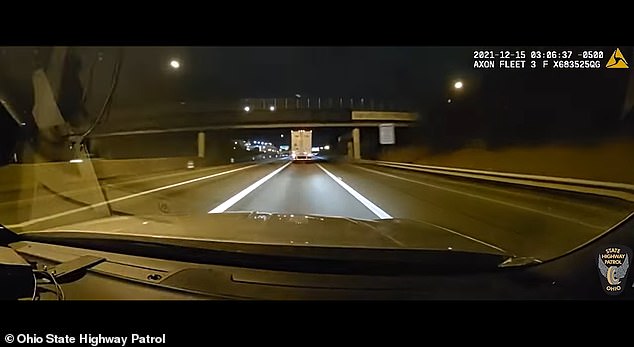 He comes close to a truck driven by Thomas Ervin, but does not stop 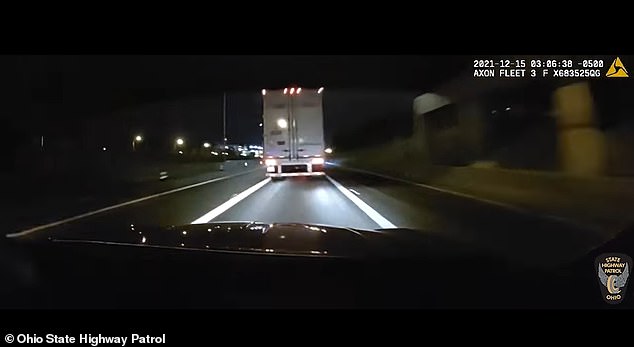 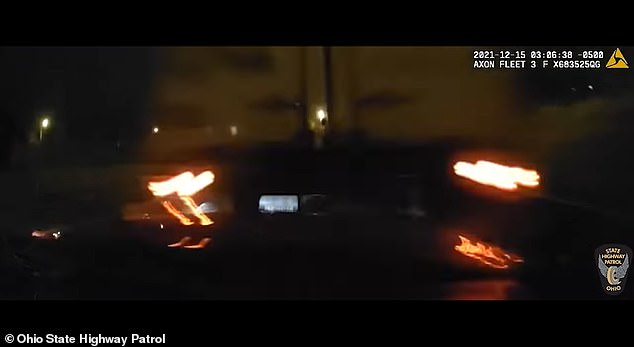 Photos from the scene show the front side of Fitzpatrick’s cruiser completely mangled as it was retrieved from underneath the truck, which had to be lifted up in order to free the vehicle.

The Freightliner truck’ driver, 58-year-old Thomas Ervin of Heath, was not injured.

In dash cam video taken before the accident, Fitzpatrick weaves in and out of the little traffic on the highway at that time with ease.

At one point, he even overtakes a different semi truck and cruises along.

Troopers say Fitzpatrick managed to called for assistance on his radio after the crash.

The accident blocked I-70 westbound and the northbound Miller/Kelton ramp for several hours that morning, according to WBNS.

Fitzpatrick was hospitalized in serious condition at Grant Medical Center, but was expected to recover.

The Ohio State Highway Patrol did not respond to requests for comment about Fitzpatrick’s status or the investigation into the crash from DailyMail.com 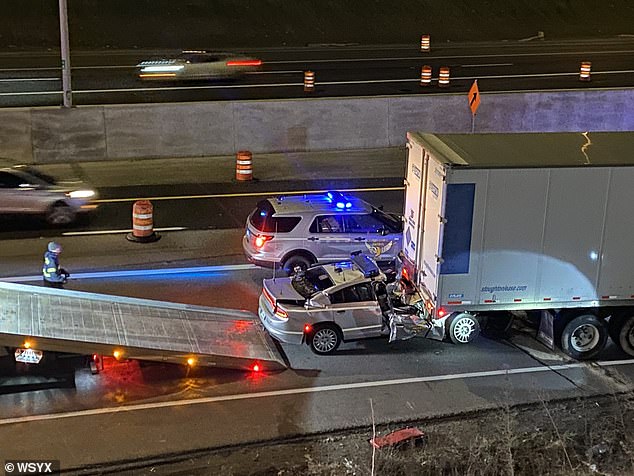 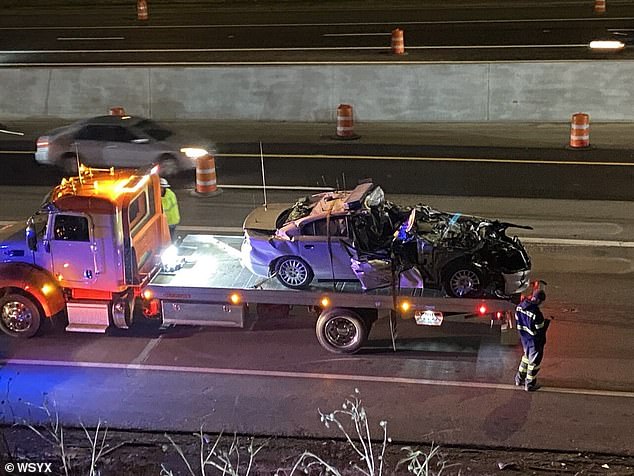 The agency’s ‘members assistance team’ will reach out to Fitzpatrick to help him, troopers say

Last week, the station reported that the trooper was recovering at home.

‘Everybody is being cooperative with the investigation. It is just going to take time for us to determine what exactly occurred,’ said OSHP Lt. Nathan Dennis.

The agency’s ‘members assistance team’ will reach out to Fitzpatrick to help him after the accident.

Afghan interpreter questions cost of war as he works at MOA