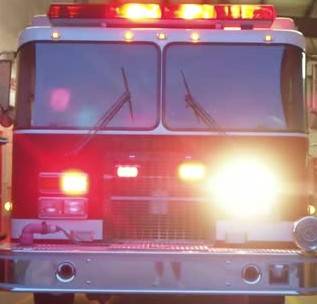 GODFREY — A Godfrey gentleman has died from injuries sustained in a motorbike crash Thursday night.

The motorbike crash occurred at roughly 8:44 p.m. Thursday in the 6800 Block of Humbert Street, in Godfrey. A phone was received at 911  all-around the very same time.

Edwards was the operator and sole occupant of a Kawasaki Ninja traveling westbound on Seiler Highway when he shed management and proceeded by the intersection of Humbert Street, coming to relaxation on the house of Lewis and Clark Elementary University.

The preliminary investigation demonstrates blunt chest trauma as the cause of death. The victim was sporting a helmet at the time of the crash.

A ultimate induce of loss of life will not be issued right up until effects of toxicological screening are complete.

Preliminary evidence noticed at the scene advise pace and wet highway problems may well have contributed to the crash, which remains beneath investigation by the Madison County Sheriff’s Place of work.

Firefighters with Godfrey Fire Office as well as paramedics with LifeStar Ambulance also responded to the scene.

Funeral preparations stay pending at this time below the path of Anderson Loved ones Funeral Property in Brighton.